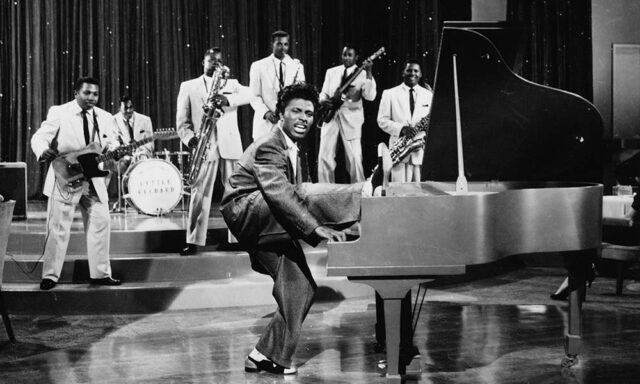 Pioneering singer and musician known around the world as “Little Richard” made his transition on May 9, 2020 in Nashville, Tennessee.  Following the news of his death, scores of celebrities, including Spike Lee, Bob Dylan, Bette Midler and Ava DuVernay, jumped to social media to offer their sympathy to his family and to pay tribute to the iconic singer.

Born Richard Wayne Penniman in Macon, Georgia, Penniman became popular for his high energy over-the-top performances and is a musical pioneer in the fusing of energetic gospel fervor with other music genres like funk, soul and rock ‘n’ roll. His musical contribution and impact on America’s pop culture leaves an indelible mark on the entertainment scene.  He is often referred to as “The Innovator and the Architect of Rock & Roll” and has delivered hits like “Tutti Frutti”, “Good Golly Miss Molly” and “Long Tall Sally.  Following these chart topping hit singles in the fifties which integrated White and Black audiences with his crossover appeal, Little Richard abandoned rock and roll and returned to his roots as a Christian.

After a five-year absence, Penniman toured Europe at the invitation of British concert promoter Don Arden and The Beatles were an opening act for the still highly popular Little Richard.  He would become a mentor to Paul McCartney and other musical stars.

“Little Richard came screaming into my life when I was a teenager,” McCartney tweeted.  Bob Dylan shared similar sentiments.  “He was my shining star and my guiding light back when I was only a little boy.  He was the original spirit that moved me to do everything I would do.”

The flamboyant, piano pounding musical legend was one of the first Black artists to have a broad crossover appeal, reaching audiences of all races with sold out concerts that broke barriers, attracting both Blacks and Whites.  A huge list of White artists would go on to incorporate his music and style, and many collaborated with him on several projects.  He was among the first inductees in the Rock & Roll Hall of Fame back in 1986, and is also an inductee in the Songwriters Hall of Fame.

Although he never won a competitive Grammy, he received Grammy’s Lifetime Achievement Award in 1993, and his “Here’s Little Richard” album was inducted into the Grammy Hall of Fame.  That album is also listed at number fifty among Rolling Stone’s 500 Greatest Albums and Time magazine lists it as one of the 100 Greatest and Most Influential Albums of All Time.

Richard Wayne Penniman had deep roots in the church.  His father was a deacon and his mother was an active member of New Hope Baptist Church in Macon, GA, and served in other Baptist, Pentecostal and AME churches.  He deeply enjoyed the charismatic worship and the live music, and was energized by the “holy hollering.”  He would soon begin his own career singing gospel music in church and in local auditoriums.  His great influencers include Marion Williams, Brother Joe May, Mahalia Jackson and gospel great Rosetta Tharpe.

In the Fall of 1947, Tharpe overheard the then 14-year-old Little Richard singing one of her songs before her performance at a concert at the Macon City Auditorium where he had a part-time job.  Tharpe invited the young Penniman to open for her and paid him.  This became a huge motivation that would greatly influence him to become a singer and musician, despite the fact that he went on to a mostly “secular” music career.

However, throughout his career, the singer sensed a call of God upon his life.  At one point, Richard Penniman formed the Little Richard Evangelistic Team and traveled across the country to preach.  He also released a series of gospel songs produced by Quincy Jones.

After many years, Penniman made his return to the faith, expressing his victory over homosexuality and drugs, and his renewed commitment to Christ.  In one of his final television interviews on the Seventh-day Adventist run Three Angels Broadcasting Network, he expressed that without God, there is nothing.

“I made up my mind that I would rather have Jesus than anything this world affords today,” he said on the broadcast aired back in 2017.  “I am happy because I know that I will spend my eternity with God,” Penniman shared.

According to Spike Lee, Little Richard was the “true creator of rock and roll.”  Producer Ava DuVernay said, “He used to tip me a crisp $100 bill each week on a $75 breakfast with friends when I waited tables at Aunt Kizzy’s in Los Angeles when I was in college.”  And according to Elton John, “musically, vocally, visually … he was my biggest influence.”

Little Richard enjoyed years of theatrical flamboyance as an entertainer, he was a rock and roll pioneer, a musical master and a trendsetter who publicly spoke about his wild life in show business.  In the end, the singer said he should have chosen faith over fame.  Dead at 87 years old, his final years were in service to God, preaching and sharing his faith.