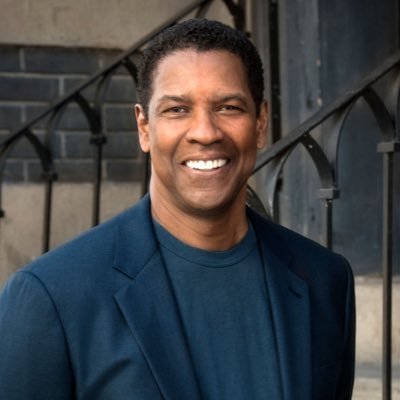 Academy Award-winning actor Denzel Washington may be best known for his roles on the big screen, but none of those roles can outshine his love for Jesus Christ.  Washington opened up about his Christian values and described his experience with the Holy Spirit in an Instagram Live with Dr. A. R. Bernard, pastor of Christian Cultural Center in Brooklyn, NY.

During the 30-minute discussion, Washington said that the encounter happened back in the 1980s during an altar call at Bishop Charles E. Blake’s West Angeles Church of God in Christ, where he is still an active member today.

“I went to church with Robert Townsend, and when it came time to come down to the altar, I said, ‘You know this time, I’m just going to go down there and give it up and see what happens.’  I went to the prayer room and gave it up and let go, and experienced something I’ve never experienced in my life,” he explained.  “It was a supernatural, once in a lifetime experience that I couldn’t completely understand at the time.  I said, ‘Wait a minute – I don’t want to go this deep, I want to party,” Washington admitted.

Washington explained that his experience kept him throughout all the years of his fame and success.  “It kept me grounded in spite of myself; I mean, I accepted it, I definitely experienced it, but I wasn’t ready to live it.”  He acknowledges that prayers – especially those of his mother and wife, actress Pauletta Washington – helped protect him throughout his career.

In a 2017 interview with The Christian Post, Washington shared, “I speak now and I’m doing what God told me to do from the beginning.  It was prophesied that I would travel the world and preach to millions of people.  I thought it was through my work and it has been.  I’m all about the message to the degree that I know it and I’m unashamed and unafraid to share it.”

During the conversation with Dr. Bernard, Washington also shared his thoughts on racial injustice and the move for equality still happening long after the civil rights movement.

Washington stated, “In a sense, part of Martin Luther King’s dream has come true. He talked Black and Whites walking hand in hand. Well, that’s actually the case. They are walking down the streets by the thousands, tens of thousands, if not hundreds of thousands. They are not yet seeing ‘Free at last, Free at last, thank God Almighty, I’m free last’ because they’re not. But they are together. So he was and is a prophet. It is changing, we are in the middle of it where it’s going to go, we will see.”  The popular actor concluded by saying,  “After all is said and done, I want to be in that number!  I just want to be in that number when the saints go marching in. I want, more than anything else in my life, to be in that number.”