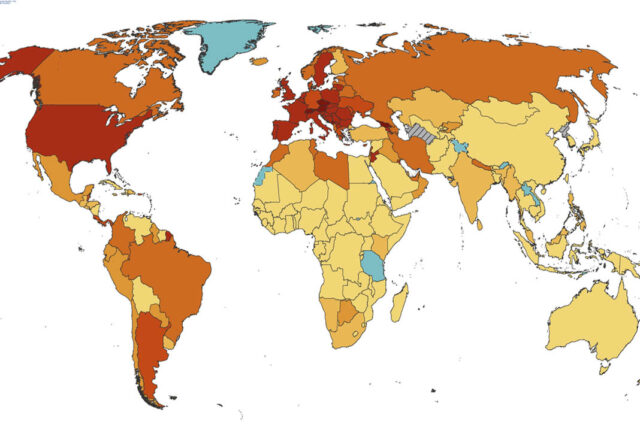 As the second surge of the coronavirus sweeps across Europe, the Americas, and Asia, the death toll continues to climb.  As of press time today, Saturday, December 5, the deadly pandemic has claimed more than 1.5 million lives around the world and almost 300,000 in the United States alone.

COVID-19 has affected more than 218 countries and territories, and while it is notable that some countries like Vietnam, Tanzania, New Zealand, North Korea, St. Vincent and the Solomon Islands have little to no COVID cases, there is a surge in cases and deaths in the US, India, Brazil and almost all of Europe.

Despite a population of almost one hundred million and sharing a border with China, Vietnam has only had a couple hundred cases and no deaths.  Vietnam confirmed one of the earliest cases of this SARS virus back in late January, but its aggressive stance in quelling the spread made Vietnam a model.  Other countries, like Tanzania with a population close to 60 million, have used key aggressive strategies to get a grip on the virus and stop its spread into their population.  Tanzania is the largest country with such a low number of cases and death – the East African country has had 509 cases and 21 deaths.

As the world moves to the next phase in this war against the coronavirus, pharmaceutical companies like Pfizer and Moderna are moving aggressively to give the world access to the necessary vaccine to stem the spread of this deadly virus that has devastated economies and has impacted lives around the world.

The Christian Times list of the 25 countries with the highest deaths shows that European countries (11) felt the greatest impact, followed by South America (6), Asia (4), North America (3) and only one African country.

The Legacy of David N. Dinkins