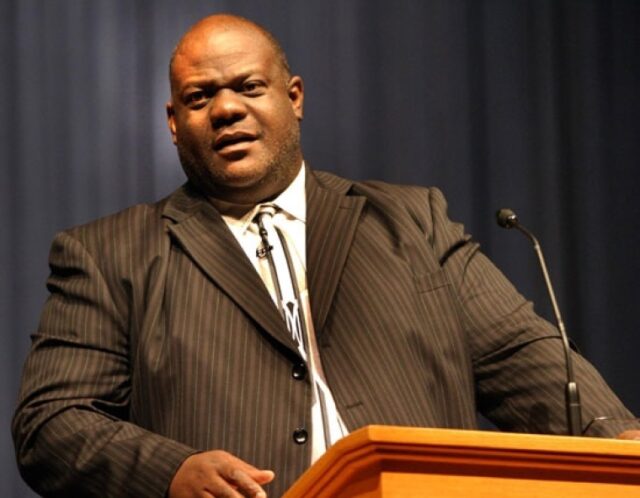 The College, library and some of the “Halls” at the seminary are named after some of the most racist segregationists in the history of the SBC

Prominent Black Southern Baptist pastor Dwight McKissic and others are calling for the removal of the names of former slaveholders from building sat The Southern Baptist Theological Seminary.

“Just registered with me, that the college at Southern Baptist Theological Seminary, Louisville, Ky, Dr Al Mohler, President, is named after a slave master, and a man who’d spoken with great disregard for people of African dissent. Integrity demands that SBTS change the name,” McKissic, who leads Cornerstone Baptist Church in Arlington, Texas, wrote in a tweet on Juneteenth.

McKissic’s initial call to rename Boyce College, the private college located at SBTS, comes amid a general cry from activists across the country for the removal of statues of slaveholders from public spaces as well as their names from buildings.

Boyce College, according to the school’s website, derives its name from James P. Boyce, founder and first president of The Southern Baptist Theological Seminary. He is remembered as a Southern Baptist statesman, who sought to innovate the world of theological education by making it more convictional, rigorous, and accessible.

In the Report on Slavery and Racism in the History of the Southern Baptist Theological Seminary, it was noted that the seminary’s founding faculty — Boyce, John A. Broadus, Basil Manly Jr., and William Williams — all owned slaves. Together, they owned more than 50 persons and invested capital in slaves who could earn for their owners an annual cash return. The seminary’s early faculty and trustees also defended the righteousness of slaveholding.

Current SBTS President Albert Mohler previously noted in June 2015 that he had no intention to remove the names of any of the founders from the school’s buildings.  “I intend to keep those names on our buildings and to stand without apology with the founders and their affirmation of Baptist orthodoxy. But those names on our buildings and college and professorial chairs and endowed scholarships do not represent unmixed pride. They also represent the burden of history and the urgency of repentance. We the living cannot repent on behalf of those who are dead, but we can repent for the legacy that we would otherwise perpetuate and extend by silence,” Mohler said.

McKissic’s Juneteenth call on Twitter quickly drew the attention of scholar James White, director of Alpha and Omega Ministries, in Phoenix, Arizona, who has been branded by some critics as racist.

“Dwight, a quick question: Is the college named Boyce because of his theological work, or his stance on slavery? Oh, and, since he died in 1888, isn’t he a perfect saint today? Did he not possess the imputed righteousness of Christ?” White asked.

“It doesn’t matter. You can’t with a clear conscience endorse, honor & celebrate, one with such callous disregard for the second commandment, of which Boyce was a passionate violator/defender,” McKissic shot back. “You can’t separate his theology from his practicology.”

White insisted that Boyce was honored for his contribution to the seminary and theology and not for slavery. “You cannot compartmentalize between his theology & lifestyle. His lifestyle represented his theology related to anthropology. I leave judgement on his eternal destiny to God. It’s not within my power to pronounce ‘perfection’ on him. The slaves wouldn’t have labeled him perfect,” McKissic argued.