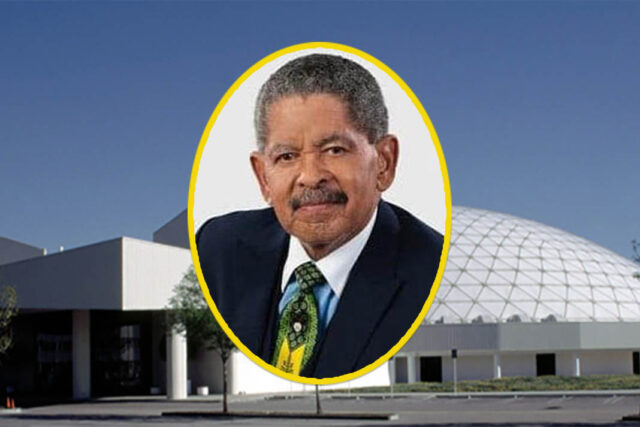 Apostle Rev. Dr. Frederick K.C. Price, the founder of the historic Crenshaw Christian Center and the globally televised Ever Increasing Faith broadcast, died on Friday, February 12.  The legendary preacher and one of the world’s best known televangelists was 89 years old.

Price, who graced the cover of the first issue of The New York Christian Times back in the summer of 1990, made history as one of the first Black preachers with a nationally syndicated religious program reaching millions, and was a pioneer in the megachurch revolution.  He and his wife, Dr. betty Price, established CCC in 1973 on Crenshaw Boulevard in Inglewood, California, and in ten years, the church grew from an average congregation size of about 300 members to in excess of 28,000.

As the church exploded with thousands seeking to join the fellowship, the congregation in 1981 purchased the 32-acre Pepperdine University campus and constructed what is called The FaithDome, which was at the time one of the largest church sanctuaries in the world.

Beyond facilities and large cathedrals, Frederick K.C. Price has successfully guided the development of a church ministry that includes an education complex from pre-K through high school, a ministry training institute named in his honor, and some 20 auxiliary ministries that support a diversity of community- and church-based disciplines and social service engagements.

“Our husband, father and your apostle has gone to be with the Lord.  We accept his decision to go as he got a glimpse of glory a couple of weeks ago … Please allow us some time to process all of this.  He fought the good fight of faith and laid hold of eternal life,” the Price family posted on social media.

Price, whose unconventional style of preaching was teaching as he walked about the platform and into the audience with his open bible, is the author of more than 50 books and has maintained his commitment to reach Black Americans and the global Black population with the gospel of Christ and the message of prosperity and successful living.  “Just as the Apostle Paul never lost sight of his Jewish brethren, Dr. Price desired to reach his Black brethren with the word of faith and prosperity that is in Christ Jesus,” the church’s website notes.

It was in 1977 when Price shocked the world with a powerful Bible teaching series called “Race, Religion and Racism”.  Price dutifully researched the presence and power of Blacks in the bible, the inconsistencies and falsities of a Eurocentric Christianity and White supremacy, and delivered compelling messages that challenged the rise of Blacks and the injustices of the White church system.  This fueled much controversy within the Word of Faith community and created rifts with Price’s spiritual mentors like Rev. Kenneth Hagin.  In breaking ties with the Hagin group over their many racist comments, Price commented “righteousness and principle mean more to me than friendship.”

Apostle Price was married to his wife Betty for more than 67 years, and was the father of 4, grandfather of 10, and had 4 great-grandchildren.  One of their sons, Frederick Price III, died from a car accident on his way home from school at the age of 8.

Now his legacy continues.  His younger son, Frederick K. Price, Jr., is the lead pastor at Crenshaw Christian Center, and the global ministries that he and his wife established remains on television in all 50 states in America and around the world, on 19 internet stations and on diverse social media platforms.

Price was admitted to the hospital due to COVID-19 related complications, and according to various reports, his lungs and heart were comprised and he succumbed.

“Yet again, COVID has taken another patriarch, but he finds peace resting in the arms of his waiting Savior … He went where no sickness can follow … Dr. Price leaves a gaping hole in the hearts of those who loved him,” Bishop T. D. Jakes posted on Instagram.

Churches And Their Leaders