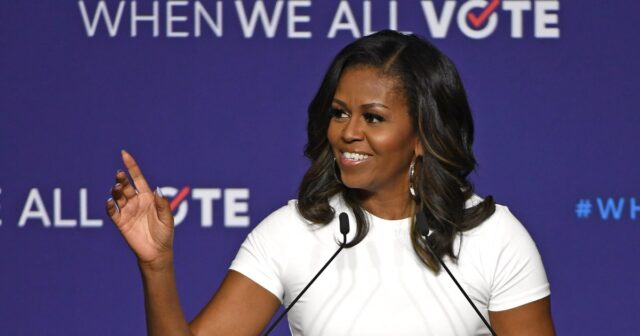 Former first lady Michelle Obama has kicked off an initiative with 30 organizations aimed at increasing voter registration and urging Congress to pass voting rights legislation, which has passed the US House of Representatives but has been stalled in the Senate since September.

The campaign, aligned with the When We All Vote group that she founded, plans to recruit and train at least 100,000 volunteers this year with the goal of registering more than 1 million new voters.

Mrs. Obama referenced January 6, 2021, attack on the US Capitol as the impetus for the importance of voting in the upcoming election cycle.    “One year ago, we witnessed an unprecedented assault on our Capitol and our democracy,” she wrote in a full-page letter published as an ad in The New York Times.  “From Georgia and Florida to Iowa and Texas, states passed laws designed to make it harder for Americans to vote.  And in other state legislatures across the nation, lawmakers have attempted to do the same.”

Some of the organizations that are part of the coalition include the NAACP, National Urban League, Asian and Pacific Islander American Vote, Rock The Vote, Black Girls Vote, Faith in Public Life, and Voto Latino Foundation.  The groups will also retain lawyers to protect voting rights “in the states where the freedom to vote is threatened.”

“We’ve got to vote like the future of democracy depends on it. And we must give Congress no choice but to act decisively to protect the right to vote and make the ballot box more accessible for everyone,” she said.  Obama also called on corporations, the religious community, nonprofits, and state-based voting rights organizations to help in the effort.