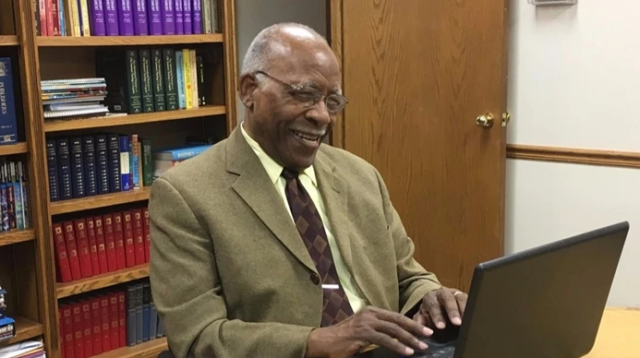 Melvin E. Banks, founder of the largest Black Christian publishing house in the U.S, died last month at the age of 86.  Banks started Urban Ministries, Inc. in the basement of his home in Chicago in 1970 to provide African American churches and individuals with images reflecting their congregations and relatable, Christ-centered content from an urban perspective.

“Dr. Bans was a revolutionary publisher and giant for the African American church and community,” said C. Jeffrey Wright, CEO of Urban Ministries, Inc. (UMI).  “He was the first to create contextualized content that portrayed positive images of African Americans in the Bible.  Because of his innovation, UMI has reached millions of Black churches and individuals with the Gospel.”

For the last 50 years, under Dr. Banks’ leadership, UMI has developed Christian education resources, including Bible studies, Sunday School, and Vacation Bible School curriculum, websites, magazines, books, and videos for its 40,000+ strong customer base. He wrote a number of books and devotionals and hosted a two-minute daily podcast called Daily Direction. In 1995, he brought on Mr. Wright as CEO to take on the day-to-day management of the company.

Dr. Banks was born in Birmingham, Alabama, in 1934 and made a commitment to salvation at the age of 9 years old. He graduated from Moody Bible College in Chicago in 1955 and attended Wheaton College, earning a B.A. degree in theology in 1958 and his master’s degree in biblical studies in 1960. After graduation, he took a job at Scripture Press Publishers, where he struggled to sell euro-centric Sunday School content to African American churches. This experience led him to create contextual resources for African Americans with imagery and stories unique to their culture. After a few years, he left the company to start his own to expand the publishing content for Black churches.

Dr. Banks also planted the Westlawn Gospel Chapel church in Chicago and co-founded the Urban Outreach Foundation to reach pastors, lay leaders, and Christian educators through conferences and other resources. He also co-founded Circle Y Ranch, a Christian camp and conference center for urban youth. Dr. Banks received an honorary Doctorate of Literature from Wheaton College in 1992 and served as a Board Trustee.

Dr. Banks died from a month-long illness and is survived by his wife Olive and his three children Melvin Jr., Patrice Lee, and Reginald.